Rally & Broad ‘Once More, With Feeling!’ – Sunday 19th June, Stereo, Glasgow. 230pm – 530pm. Tix in advance here or £6 on the door. [We’re selling like hotcakes though, pals, so do get them in advance!]. And seeing out Rally & Broad in the finest of style…AL Kennedy! A New International! Jonnie Common! Colin McGuire! Roseanne Reid! And Georgia Bartlett-McNeill! 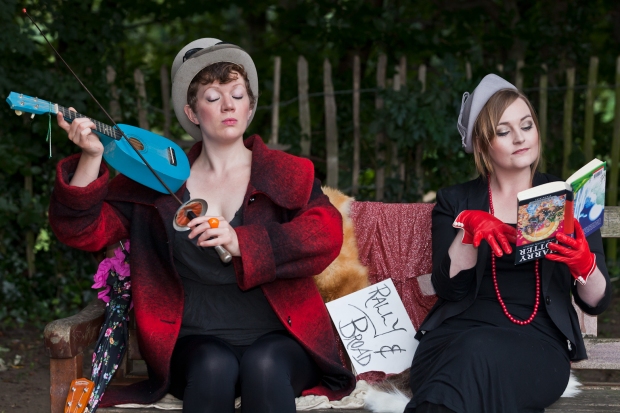 Oh, lads, this is it. THE VERY LAST RALLY & BROAD, IN GLASGOWTOWN. Come and say hello, say goodbye? It’s been a beautiful four years, and we are thankful to each and everyone who has made it so special. We’d love to see you one last time, for spraffling, waffling and raffling galore.

And helping us send everything off in righteously beautiful style…

Her prose is published in a number of languages. She has won awards including the 2007 Costa Book Award and the Austrian State Prize for International Literature. She is also a dramatist for the stage, radio, TV and film. She is an essayist and regularly reads her work on BBC radio. She occasionally writes and performs one-person shows. She writes for a number of UK and overseas publications and for The Guardian Online.

We simply couldn’t go without booking A New International for one last dance! A spectacular band, who we’ve been on quite a journey with over the seasons, A New International’s songs are lush, poetic, bittersweet romanticism; an evocative mixture of cinematic strings, circus lights, carnival and cabaret, music hall, gypsy, chanson, a little bit of folk, a little bit of flamenco too, yet with pop at their beating heart!

Welcome to the world of Glasgow’s finest, A New International. Album Come To The Fabulon is out now.

Jonnie Common is a Glasgow-based sonic boom of majestic devilry forged in the pottery kiln fires of Highland Perthshire. His albums ‘Deskjob’, ‘Master Of None’ and ‘Trapped In Amber’ have kept us bopping merrily here at R&B HQ, and new instrumental album Kitchen Sync is out now.

McGuire is a Glasgow-born poet who lives in Edinburgh, where he is one of the city’s most prolific writers of poetry and performance. He’s also completely inimitable and unique and we adore his work! His last solo show ‘The Wake-Up Call’ delighted audiences at the Fringe 2015, and he is currently working on new material about immortality, grief and bereavement. A must-see act!

We first booked Roseanne in January 2016 for our Hangover Special in Edina and she is simply so marvellous we had to have her back! She’s rapidly gaining notice for her talents, with debut EP ‘Right On Time’ gaining airplay from Ricky Ross amongst others. She was nominated for a BBC Radio 2 Folk Award in 2015. Listen on for gorgeous heartbroken country in style of Mary Gauthier and other storytelling heroes with pure guitars.

In our final New Voices slot! Georgia Bartlett-McNeil is a 21 year old poet and spoken word artist, who plies her trade mostly in Edinburgh, Glasgow, and on the internet. She participated in the BBC 1Xtra/ Words First programme in November 2015, was a finalist in Loud Poets’ January Slam, and wrote and featured in Quotidian Literary Magazine’s first ever poetry film production, released in March.

And that’s it, pals. Ours is a jug of Malbec, some lemon & ginger tea, and a dogeared DVD of Thelma & Louise. We’ll see ye soon.